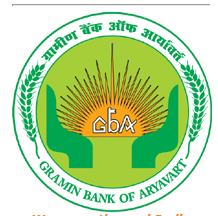 Total number of vacancies: 493 posts
Name of the Posts:
1. Officer Scale-I: 201 posts
2. Officer Scale-II (IT): 06 posts
3. Officer Scale-II (Marketing Officer): 02 posts
4. Officer Scale-II (General Banking Officer): 12 posts
5. Office Assistant (Multipurpose): 272 posts
Age Limit: Candidates age should be between 21years to 32 years as on the date of 01-june-2014 and age relaxation will be applicable as per the government rules.
Eligibility condition: Candidates those who are applying for Aryavart Gramin Bank posts should have qualified in IBPS CWE-III for RRBs which was conducted during Sep/Oct 2014.
Post
SC/ ST/ SCPWD/ ST-PWD
OBC/ GEN/ OBCPWD/ GEN-PWD
Officer Scale – I
70 & Above
80 & Above
Officer Scale-II (Agriculture officer)
70 & Above
80 & Above
Officer Scale-II (Treasury Manager)
70 & Above
80 & Above
Office Assistant (Multipurpose)
70 & Above
80 & Above
Educational condition: applicants those who are applying for Aryavart Gramin Bank must have graduation from any recognized university with at least 60% of marks and candidates are advised to read the official notification for the post wise education qualification.
Selection process: aspirants will be appointed based on the performance in the IBPS RRBs CWE III which was conducted by the IBPS in September/October 2014 and personal interview.
Application Fee: candidates have to pay application fee of 100/- for all unreserved category candidates and all SC/ST candidates have to pay 50/- through CBS Account No. 000210210000001 with Gramin Bank of Aryavart, by means of fee challan available in the Bank’s website www.aryavart-rrb.com.
How to Apply: candidates can apply for these vacancies through online where the application forms are available on the official website of Aryavart Gramin Bank at www.aryavart-rrb.com16-01-2015 to 31-01-2015.
Important dates to remember:
starting date for online registration: 16/01/2015.
Last date for online registration: 31/01/2015