Skip to content
AP Rythu Runa Mafi apcbsportal gov loan status Crop Loan and Gold at www.apcbsportal.apgov.in AP Rythu Runa Mafi List Crop Loan and Gold Loan 1st and 2nd Phase – II List Status and AP State Loan Waiver Selected/ Rejected List-2014-15: AP state Government has released the latest news about the Loan Waiver Rythu Runa Mafi 2nd list second list selection and rejected list. That is AP state government is going to release Huge Number Of Updates for AP people next 2015 year will be plane to announce employment news and next month January will be going to release APPSC AP Panchayat Secretary Recruitment 2015 and AP MPAEO Recruitment 2015 For 2600 Posts so ap CM announced this runa mafi updates hence all the people check your daily updates like Loan Waiver Rythu Runa Mafi selection and rejected list by district wise village wise and available in the official website of http://apcbsportal.ap.gov.in/loanstatus/ AP Loan waiver process is going to start from 11th December 2014, as per information the first selected list consists of 40 lakhs 43 thousand farmers are eligible to get Loan Waiver Rythu Runa Maphi, in the selected list according to the priority 22 lakhs 70 thousand people are going to get beneficial in the first list, so farmers those who are eagerly waiting to get Rythu Runa Mafi 2nd second List  are advised to check their name in the selected list and village wise selection list may be available very shortly on the above mentioned portal. and the state government of andhra pradesh has announced today AP Rythu Runa Mafi List Second 2nd Phase List Today 12-12-2014. 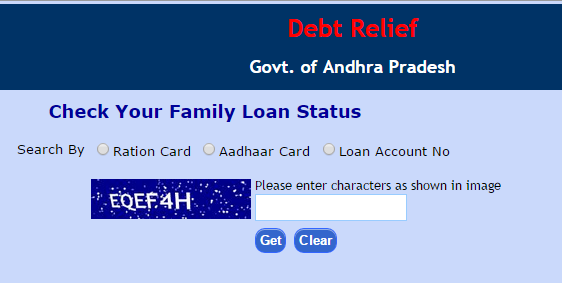 As per information all selected farmers are going to get benefit the make available on the Raithu Runa Maphi on or before the date of 22nd January 2015 and runa maphi is going to implemented on the instructions which are issued by the finance department of dates 14 of August 2014 and one more important thing is Raithu Runa Maphi will not be waive it cross Rs 1.50 Lac per family. 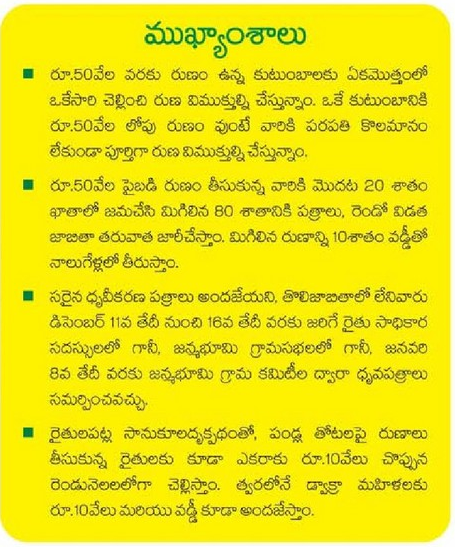 If it is Not Working Above website follow the below website links
As per official information AP CM Nara Chandrababu Naidu Garu has mentioned that Raithu Runa Maphi is applicable to those who have taken loan 31-12-2013, and from 2007 taken money and interested is going to be re schedule, to know more details about Loan Waiver Raithu Runa Maphi advised to visit the official website regularly.